Around 5000 years ago, Radha Rani the most favorite gopi of Kanha used to play Holi in the village of Barsana. Her native place which around 40km from Mathura. According to Radha Upnishad, she used to play Holi with Gopis. There is another village called nandgaon which was Krishna’s native village. He spent most of his childhood is few km away from barsana. Radha and Krishna are one form of love instead of two.

If we refer a few texts from Narada Purana, she is the supreme personality. Krishna worshiped Radha Rani and she worshiped him. Krishna respected Radha and he used to ask her for guidance. 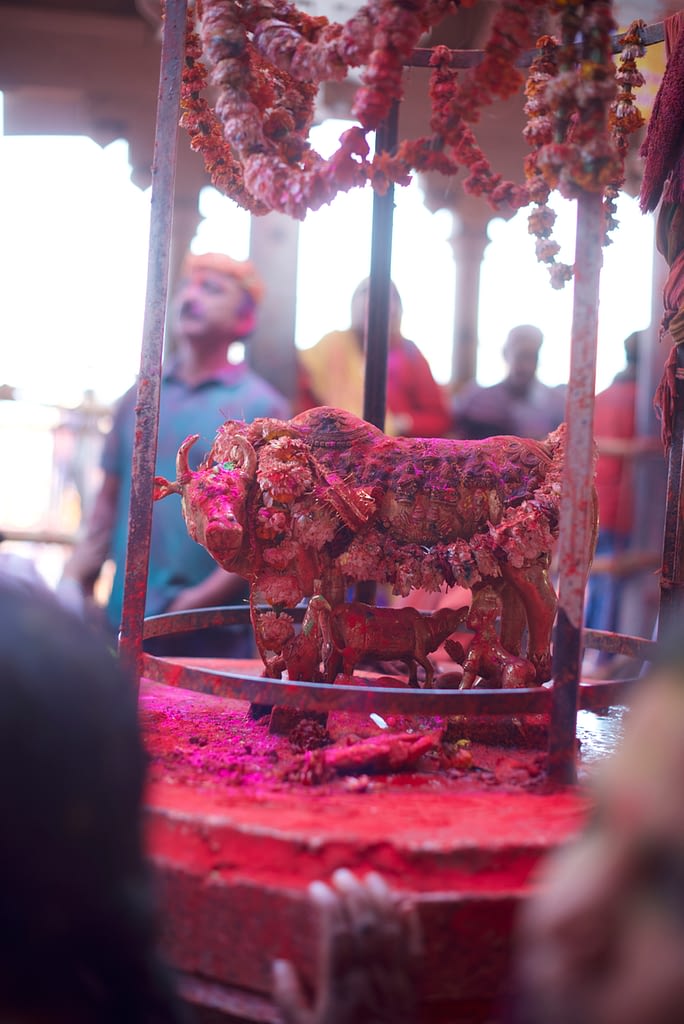 Gaumata Inside Temple Colored by Devotees

During Holi, an unusual form of Holi called Lathmar Holi is being celebrated in Barsana. Men from Nandgaon village visit Barsana for playing Holi during this time with women. There as a sign of Radha Krishna Holi celebration. This ritual is being followed since a very long time and it has grabbed many eyeballs in the recent past after portrayal in some Bollywood movies like Masaan, Toilet – Ek Prem Katha, etc.

This is an age-old tradition. Women from Barsana greet the men from Nand gaon with bamboo sticks in place of colors. and Men cover them self with a shield. This also signifies women saved from getting colored using sticks.

Travelers across the globe visit this place to witness the magic of festival color. In Vrindavan, playing Holi with flowers and organic colors begin quite early and continue for more than a week. You can experience Radha Krishna impression all around with hari bhajan chants and dance by hari bhakts.

One Reply to “Lets Play Holi- The Barsana Way”